All –
RTL1090 series 2 is about to launch with a new GUI and improved decoders. It
will take some time until all functionality is there, but here is the first BETA
release for those who want to try.
Please read the release notes below for what’s done and what’s not, and run the
BETA parallel to your existing and working installation for now.
The GUI should be easier to use with the various OS versions, because it has no
window and no borders.
If you encounter a fatal error (Access violation) please note down the text of
the AV window and post it here, as any other comments, too.
The beta download is AVAILABLE from
>>> http://rtl1090.jetvision.de <<<
ONLY
Place the exe (rtl1090.beta2.exe) file to your RTL1090 folder and start from
there. All previous RTL1090 settings will be kept.
— Andy
— jetvision.de
============================================================================
This is a beta version of RTL1090.
Functionality is experimental and partially incomplete yet.
Please use at your own risk.
Retain the release that is working for you as a copy.
============================================================================
Build 101 – 20/05/2013
– GUI completely refurbished. Program window height can be altered and switches
are hidden by default. This makes the GUI more space efficient (and it looks
better). The window is borderless but can be dragged when placing the cursor to
the top bar or the frequency indicator.
– In status line: USB packet indicator (packets/s) changed to queue cycle time
(ms). The queue cycle time must stay below 300 ms for
lossless processing. This is important for MLAT operations. If you see a red
number here, be prepared for packet losses and inability to run MLAT from this
computer.
– Packet rate LEDs show all red when it appears that a USB data frame
was lost. This is in preparation for work on better MLAT accuracy. If all red
is shown no MLAT functionality is available. You should shutdown other programs
and demanding computer acitivity. Your computer may be even too slow at all to
cope with the USB data rate (32 MBit/s).
– Avg. Signal Strength (SG) and Message count (MSGS) added to flight table.
Avg. Signal Strength is normalized to 100% (max 99%).
Color codes are yellow (you can hear it), orange (you can see it),
red (you can touch it).
– Default display order in flight table changed. Newest flights are at top for
compatibility with DUMP1090 (not completely working yet)
– CONFIG dialog: some commmand line options can be selected from the dialog,
however command line entries are still valid and do override any selections.
If overriding occurs checkbox entries are printed in bold, but boxes will not be
checked, so the override conditions will not be saved to the configuration file.
– Update alert: when a new version is available an update sign appears in the
caption bar – no further functions yet – if you see the sign go back tohttp://rtl1090.jetvision.de and download the next release.
============================================================================
Outstanding commits:
– Start with Windows and Resume from hibernate/standby
– Stop without exit
– DO260 A/B and signal strength processing for HTTP server
– Improve Mode-S and Mode A/C decoder
– Complete autoupdate
– Log file selection from config dialog
– MLAT counter accuracy
– Renovate SISEX design

Well I downloaded it and fired it up and can report a much improved performance, with the promise of even more to come from the sound of it, just not sure my ageing PC is going to keep up! 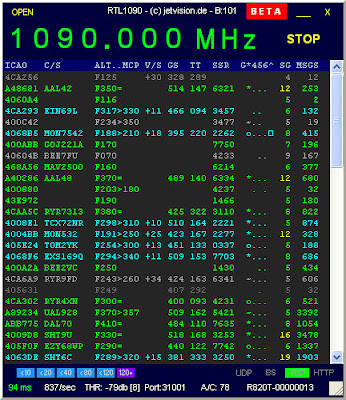 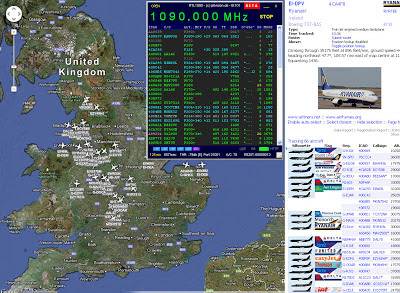 My video detailing the construction of my collinear has also been featured on rtl-sdr.com and has now received quite a few views and I can report it is still performing magnificently.

I posted earlier in the month about using the inexpensive RTL-SDR dongles with some free software to create a virtual radar system.

I mentioned about how I had built an inexpensive collinear antenna out of coax to improve my reception, both in range and message rate.

I made a video detailing the construction, the original plans can be found at http://www.balarad.net/

Anyway here is the video, I hope it encourages people to have a go.

I have made a small video showing the decoding of the SSTV images from the ISS that I posted earlier, the decoding was done using the MMSSTV program

From OSCAR 1 to Mars and beyond
Amateur Space Exploration — The last 50 years, now, and the future

Radio amateurs have been building and operating satellites for almost fifty years now, and we are aiming for more. In this talk, I’ll present who AMSAT is, what we have achieved in the last fifty years, and what we are working on now.

Back in the 1960’s, radio amateurs seized the opportunity of launching a satellite into space. It would not be the only one; we are approaching OSCAR 70 now. Building satellites has always been challenging and involves using technology in creative ways. I’ll cover some of the more fascinating cases, including some lessons learned during the process. In addition to the satellites in earth orbit, we are also aiming for Mars, and I’ll show what are doing to get there.

Nice little video of the National Hamfest by

I suspect like many people I have numerous boxes of camcorder video tapes acquired over the years, some are the older 8mm video format and the later ones being Digital 8mm. Many of the videos are recordings of me running my dogs in agility competitions and others are the normal holiday type, obviously they all have a strong sentimental value.

A few years back I had made a start in archiving tapes onto DVD but didn’t get too far because of time and other commitments.

I was already acutely aware that the Digital 8 format had almost gone the way of Betamax with Sony not producing any new cameras and was aware should my trusty used and much abused Sony camcorder fail I would unable to view them. However the bewildering range of current equipment and the move to hard drive base equipment filled me with dread and I’d kept put off making a decision on a replacement and continued to use the camera as normal.

Well the enviable happened a few week back and the camcorder started exhibiting playback issues, lots of coloured mosaic banding.

Thankfully eBay came to the rescue and I’ve finally managed to get a good condition used replacement camera at a sensible price. It is obvious I am not alone in this predicament given the frankly amazing prices some other auctions finally went for.

Now I can transfer them to DVD, but there are still worries that these might not last, so I will probably transfer them to some large hard drives, but how do I format them…. it’s never ending…

Checking the ARISSat-1 website this morning and saw that Steve Bible (N7HPR) one of the technical team was being interviewed by TWiT.TV for the Ham Nation video podcast. Very interesting, starts about 25 minutes in.

Was a quiet weekend, the weather was lousy not raining but very dull and cold. The wife is currently suffering a back problem and is a new prescription of painkillers. She has felt a little odd so decided she would rather rest and take it easy.

I spent some of the weekend tweaking zoneminder and the ubuntu server installation for the cctv system.

I also went through my growing collection of unlabelled camcorder tapes indexing them. They are mostly videos of the dogs doing agility, but there were some other segments and they went back as far as 2007. It was a little emotional seeing Toby, Fred and Basil again, we lost all three during 2008.

My camcorder is a Sony Digital-8 which I purchased back in 2002, it struck me that I have an awful lot of tapes (some from my older Video-8 as well as some on VHS) stored in boxes which rely on an almost obsolescent technology. So I really must get around to archiving them onto DVD and must think about replacing the camcorder. There is nothing wrong with the camcorder but continued usage is likely to accelerate the wear and tear and I would hate to lose the ability to view the original tapes.

I currently have some old 8mm film stock taken by my father dating back to the 1960s which I had intended to transfer to a video form, (I also have the ancient Bell-Howell projector) I really haven’t got enough hours in the day for all these projects!

Oh and I also went through my den’s collection of boxes and draws sorting out the mass of cables and connectors. Now if I need a specific firewire, usb, audio, scart or power cable then I can at least find the box likely to contain it!