Seems the holiday in early June broke the blogging momentum and unfortunately work commitments since and the stresses involved as a major project nears deployment have sapped my time and energy, so not had much to post.

Family commitments too have also eaten into my spare time not leaving me time or inclination to experiment. The FUNCube Dongle and the Ultra-cheap RTL-SDR have been unplugged for several weeks and I am ashamed to say most of my evenings have been sent slumped in front of the TV often nodding off to sleep rather than tinkering away.

That is not to say I have been completely idle! I have spent the last couple of weeks with a Cross Country Wireless SDR4+ receiver courtesy of my younger brother. For a while I have toyed with purchasing one after seeing them at last years Hamfest and have read some decent reviews. The SDR4+ is a HF Software Defined Radio covering 0.85 – 30MHz, the full specifications can be found on their website.

My brother shares a similar interest in radio, probably as he was forced to share a room with me when we were younger and I would subject him to listening to all sorts of strange signals late into the night! Well he decided to purchase one several weeks ago, but was frustrated when it didn’t seem to work. On one of visits to see my Mother I took a cursory look and couldn’t make it work either. To cut a long story short while he went away on holiday I borrowed the unit away to see if I could figure it out.

Following some experimentation and discussions with Chris Moulding on the Cross Country Wireless Yahoo Group turned out the problem was some dodgy USB ports and/or USB leads! The thread can be read at http://uk.groups.yahoo.com/group/cross_country_wireless/message/2136

I strung up a long random-length wire antenna in the loft and have managed to get some decent results on some bands, but interestingly very little on others, probably due to the lack of an ATU. But I have received lots of broadcast AM, some DRM (but not actually decoded) and buckets loads of Amateur transmissions, LSB/USB voice and Morse, RTTY and PSK31 from Europe, and decoded some HF-FAX. Sadly the SDR4+ will soon be off back to it’s rightful owner, but has certainly wetted my appetite.

I have also refurbished my Realistic PRO2022 scanner, as I posted back in 2010 this was my very first scanner and sadly was looking a little bit worse for years of wear. It is still functional, especially for listening to airband but the displays electro-luminescence back light had faded and it was looking a little grubby. 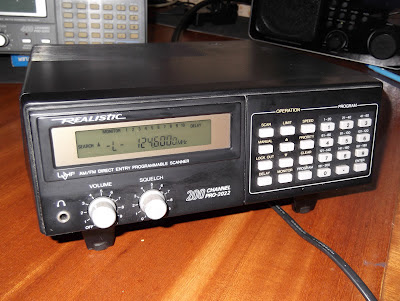 I had already replaced the backlight on my PRO2006, but this was a lot easier due to the display being easily accessible with the simple removal of the front panel, and the EL panel being on flying leads rather than soldered on to a PCB. 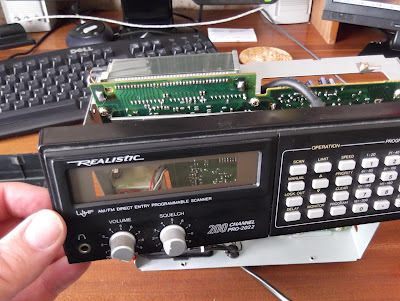 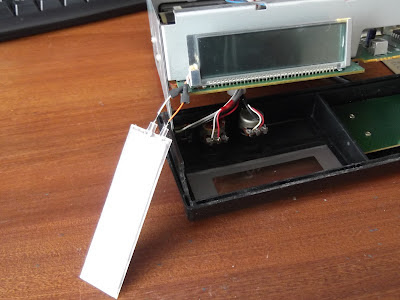 I found a cheap supplier of a suitable EL panel on Ebay and quickly had the new one cut to size and fitted, giving a lovely new blue display. 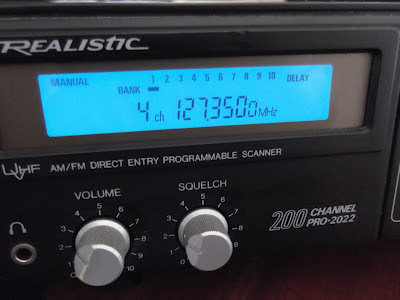 The next thing was to clean the grime and grease that was encrusted on the case and knobs, using a small amount of Clit-Bang degreaser and being very careful soon had the case looking almost as good as new! 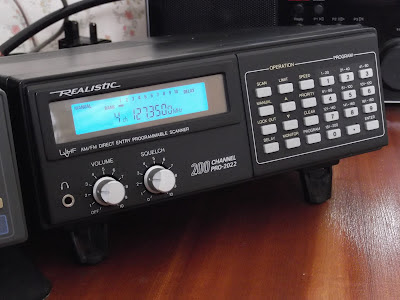