It is back to the real world after a great week in the Isle of Skye with almost constant sunshine, temperatures topping 28°C (83 °F) and very humid conditions. Some great walks with the wife and the dogs to some new locations, the highlight was watching a school of porpoises playing in Loch Bharcasaig. 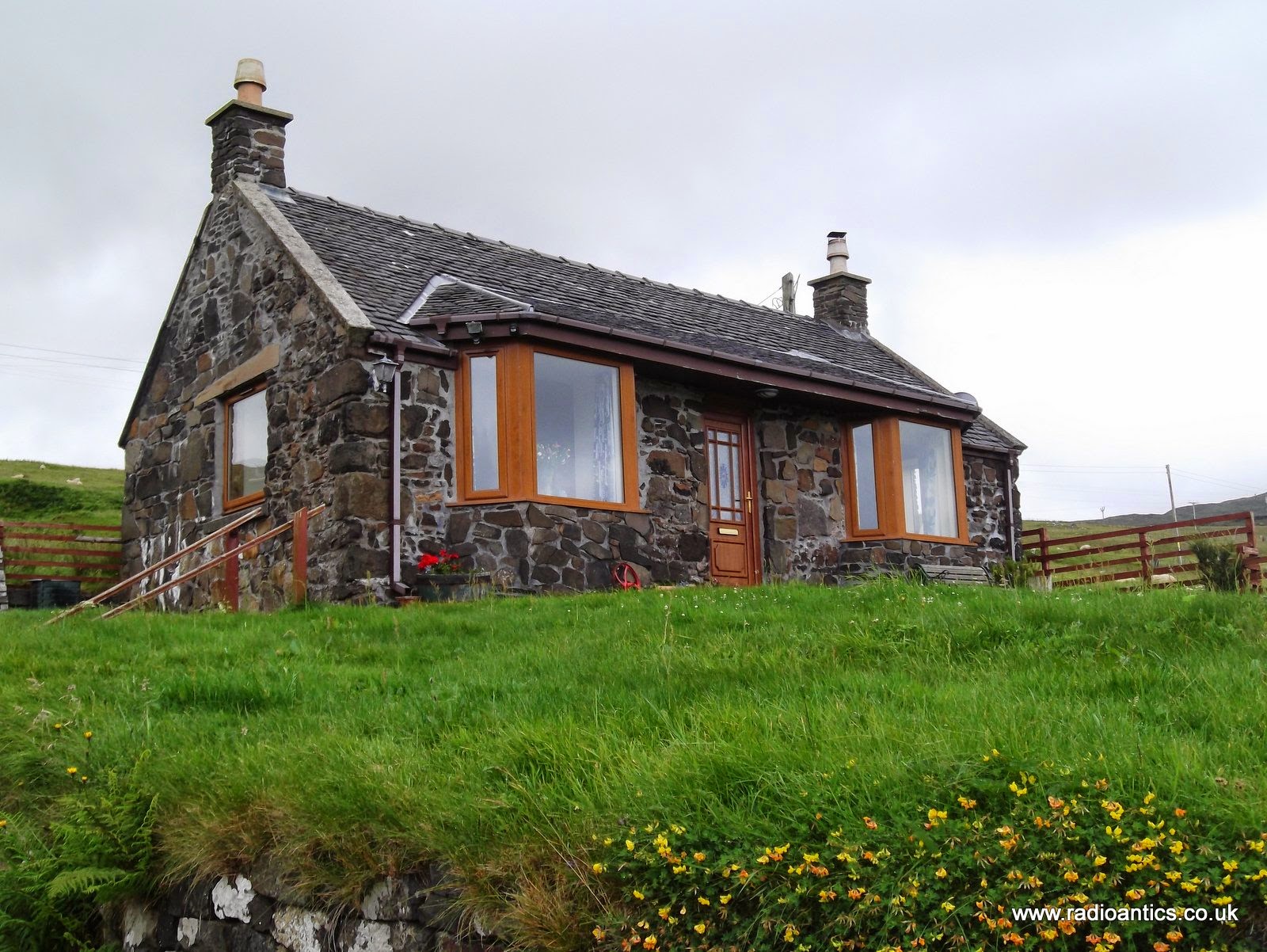 The cottage was booked last year primarily for our holiday requirements with no thought of radio operating as this has come later. As I feared in my previous post my unpreparedness meant disappointing operating as 2M0NRD/A

Located on the main tourist route up the Waternish peninsula I didn’t want to have any unsightly aerials up at the front of the property. It is situated part way up a hill side and knew there was a wooden fence at the rear and to the right separating it from the neighbouring croft. I had taken a couple of 6 meter long fiberglass poles which I could bungee cord to the fence and then string the OCF dipole between them or alternatively use one of them to hoist the M0CVO Magitenna as a sloper. These poles and wires would be largely be obscured from view by the cottage.

The rear fence runs north to south, meaning the main lobes of the antennas would be to the west and east, not ideal for any ‘inter-g’ UK operating, so I had planned to use the side fence. What I hadn’t spotted on the photographs was the overhead power line running on that side of the property. I could have put them up but opted for safety and used the rear fence. 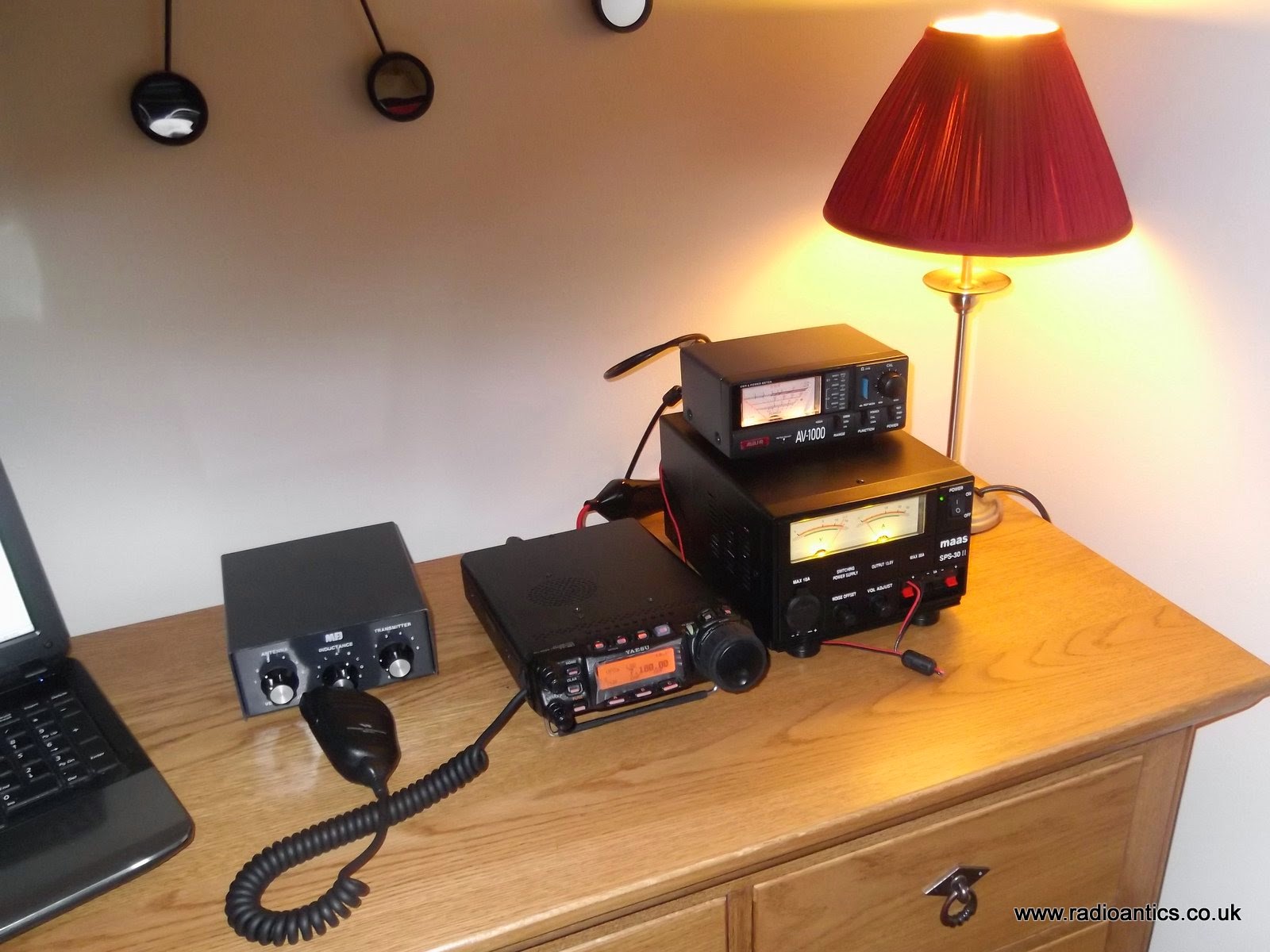 I set up base in the spare bedroom at the back of the cottage but I really didn’t get to operate very much. We were out and about during the day and I did dabble on HF for an hour or so on some evenings. I could certainly hear a lot more than I do at home with very little noise and had some very strong signals coming in. I made a few QSOs but other than the contesting I am still finding my feet as an operator and being mike-shy I find the HF bands intimidating. I struggled to find a free frequency but did call CQ on 40m and 20m but with no response even after several minutes, eventually giving up as I was invariably swamped by another operator.

Last week was also the start of the 2014 Commonwealth Games in Glasgow, not only did I see some of the stadiums and venues while driving up to Skye but I also heard the special event station GA14CG operating out of Stirling on 40m some evenings. It was a huge S9+ signal and despite several sustained attempts I was unable to break the pile up. Seems they were beaming south and being north of them in Skye I stood little chance being at the back of their Cushcraft X-240 with just 50W and my OCF dipole being end on in their direction..!

Having holidayed in Skye before I was aware of the terrain but having surveyed the cottage using Google Streetview it seemed nicely situated. Upon arriving at the cottage it became apparent that the mountainous terrain was a bit more imposing than Streetview had shown, so not unexpectedly the 50MHz UKAC on the Tuesday evening was a disaster!

I spent the best part of an hour tuning around the band, occasionally hearing faint voices in the static but nothing legible. I vainly called out “CQ Contest” for a while but nothing was heard, even using the tuned dipole – even if I had managed to build the planned Quad beam it is unlikely I would have fared any better.

The cottage was meant to have broadband and Wi-Fi facilities but a fault meant this wasn’t working all week, coupled with no mobile phone signal left me feeling cut off, ironic really given the founding principle of amateur radio communication. I did do some digi-modes but without an NTP connection the error in the laptop clock (several seconds a day) meant I was initially too far out of synchronisation for JT65 or WSPR until I realised I could use the clock on my Garmin GPS which I use for geocaching. Doh!

It is likely we will be going back next year and hopefully will be a bit more experienced as an operator and will be more prepared.

Oh and here are the porpoises I mentioned earlier