Since visiting the UKHAS Conference and getting my Foundation licence I have come of out of my lull with a new found buzz and have been busy with my radio gear.

I have helped track a few more High Altitude Balloon (HAB) flights, uploading the received telemetry data to the Habhub server. Visit the UKHAS website for more information on how to become involved.

I am still surprised by the performance of the loft antenna I am using to receive the HAB telemetry. It was constructed as an experimental wide band antenna solution to use with my scanners back in 2007. I discovered some basic plans on the internet for this simple home brew antenna (originally hosted on a Geocities website, but is thankfully archived on Reocities here)

It is a modified bicone design and is constructed from nothing more than a couple of metal coat hangers fixed to a piece of pvc water pipe, with a 10m length of RG58 coax as the feeder. I used it successfully as a portable solution, mainly for airband listening and stuck it on top of a fibreglass fishing/flag pole when camping away at dog agility shows as these photos show. 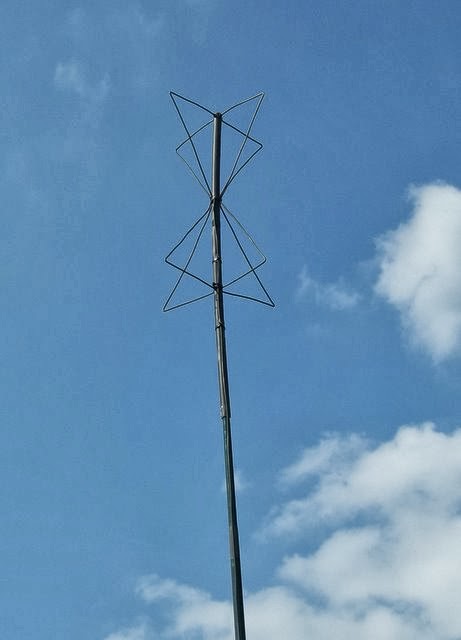 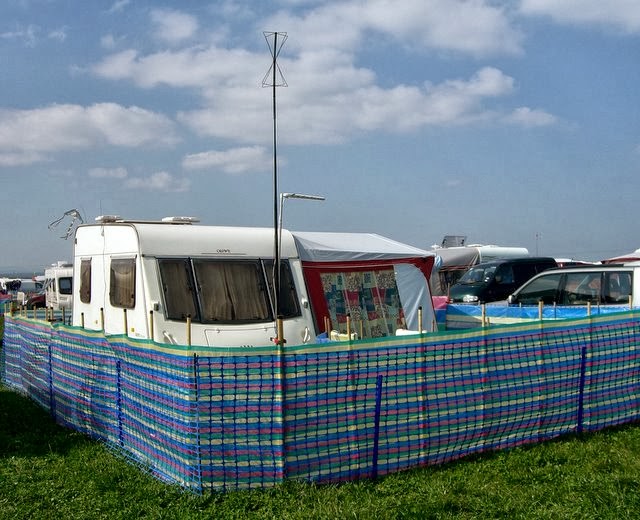 Eventually it ended up being mounted up in the loft, suspended on a piece of string from the rafters and had largely been unused since I acquired a discone a few years ago.

When I first started tracking the HAB payloads I naturally used the discone but soon became frustrated by its variable performance and so tried this antenna instead and was amazed. Something appears to be just right with this antenna on 434MHz when used together with my FUNCube Dongle PRO+

I haven’t analysed why is seems to have such a sweet-spot on these frequencies and I am not touching it, moving it or even taking another picture of it in case it loses it’s magic properties! Remember these HAB flights are only 10mW and this antenna is under a slate roof!

On Friday (20-Sept-2013) Adam Cudworth (@adamcudworth) launched HABE-10 which involved a normal tracker on the balloon due to burst at around 35km along with a secondary tracker payload of a 3D-printed man that was separated at approx 27km, the two payloads being tracked separately as they fell to Earth. During the accent the main tracker also transmitted SSDV images from an on-board camera. Unfortunately this failed during the mission but some pictures were received before it did, as you can see I managed to successfully receive this 300 baud RTTY signal from home and uploaded packets to help reconstruct the images. The original images are at http://ssdv.habhub.org/HABE/2013-09-20 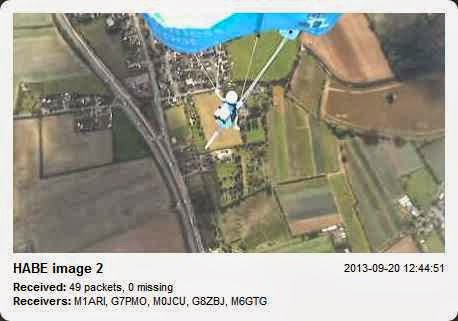 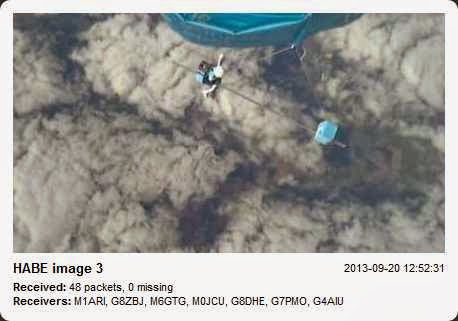 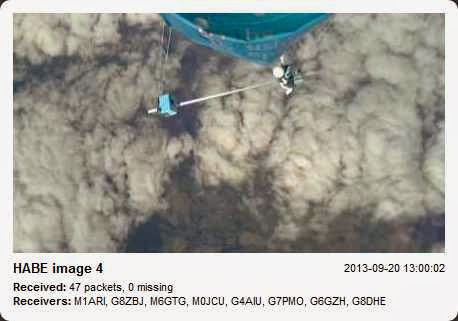 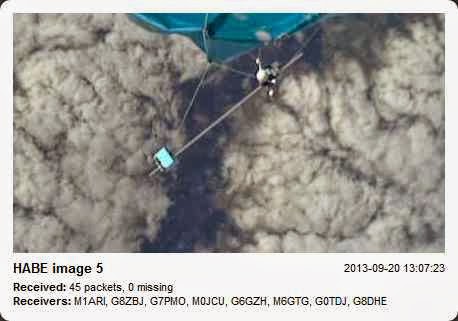 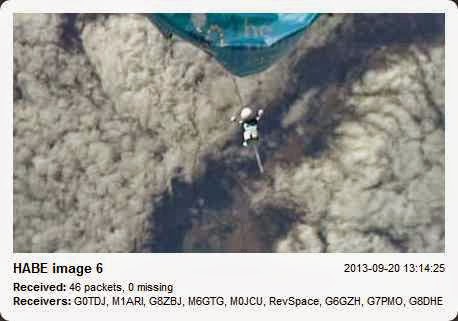 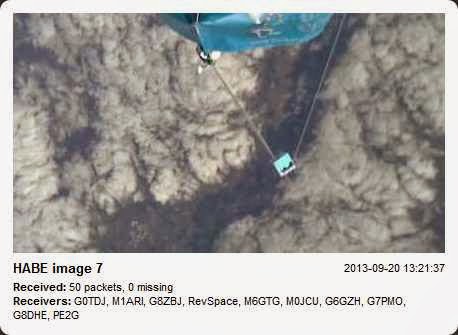 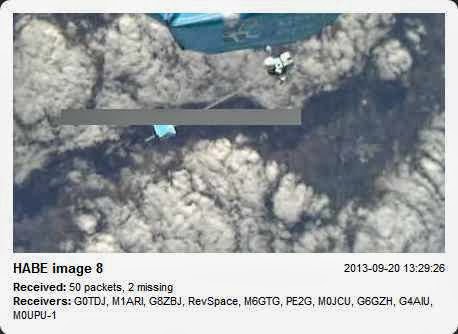 Friday afternoon also saw the launch of Leo Bodnar’s B-13 pico floater. Leo has become something of a HAB superstar following his amazing B-11 and B-12 balloons which broke the duration record for an amateur balloons (as reported on the Southgate ARC website) flying over many countries before contact was lost.

Sunday saw a launch of MOD-1 by Ugi, which again I received rather well as can be seen on this pie chart. 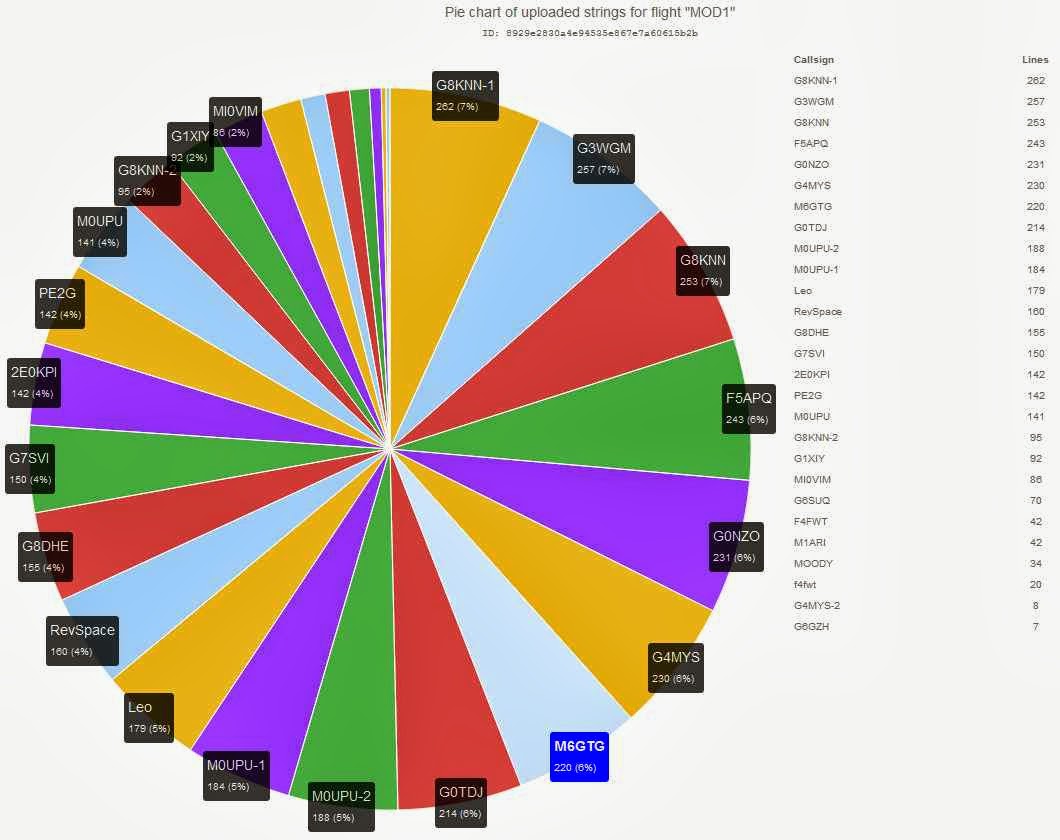 Today saw Steve Randall (G8KHW) launch two of his XABEN flights, XABEN-56 and XABEN-57. The main transmitters were on 434.250MHz and 434.300MHz and I was able to use the multiple VFO option of SDR-Radio.com V2 to track both launches, and as you can see from these pie-charts I made number three in the tracking charts! I achieved this while using a VNC connection to control the receiving station from work, just checking occasionally to correct for any drift in the frequency of the signal caused by the temperature variation of the transmitters. 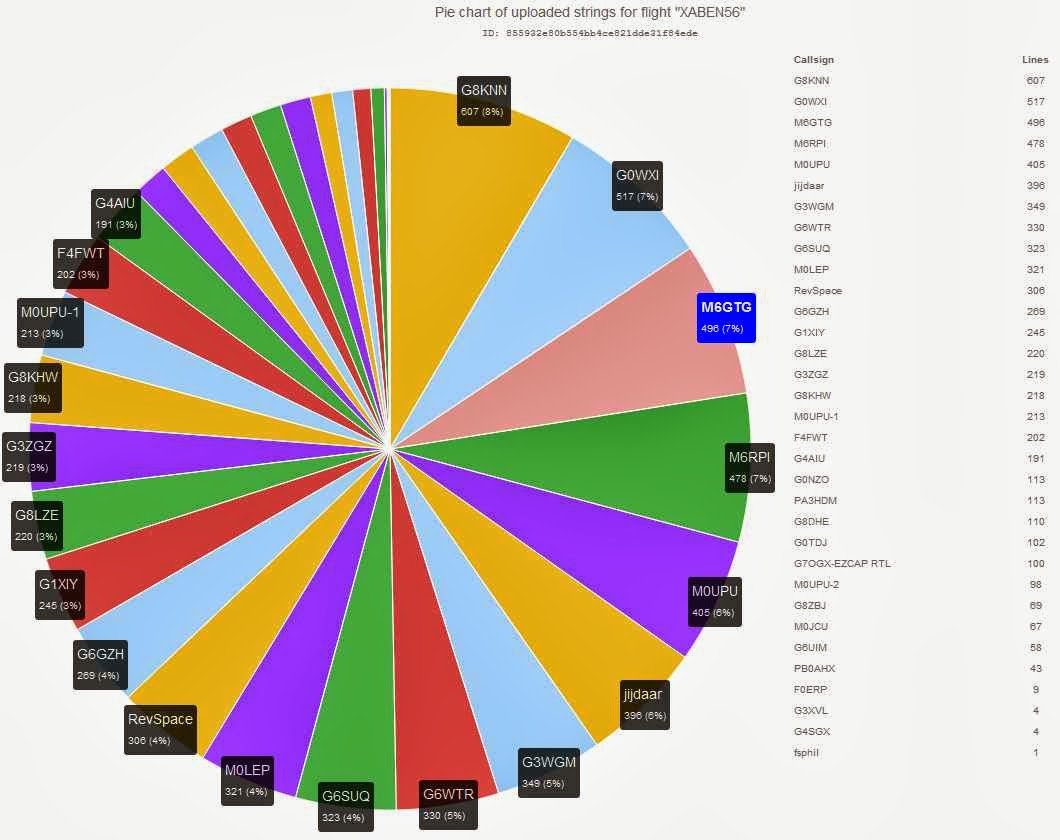 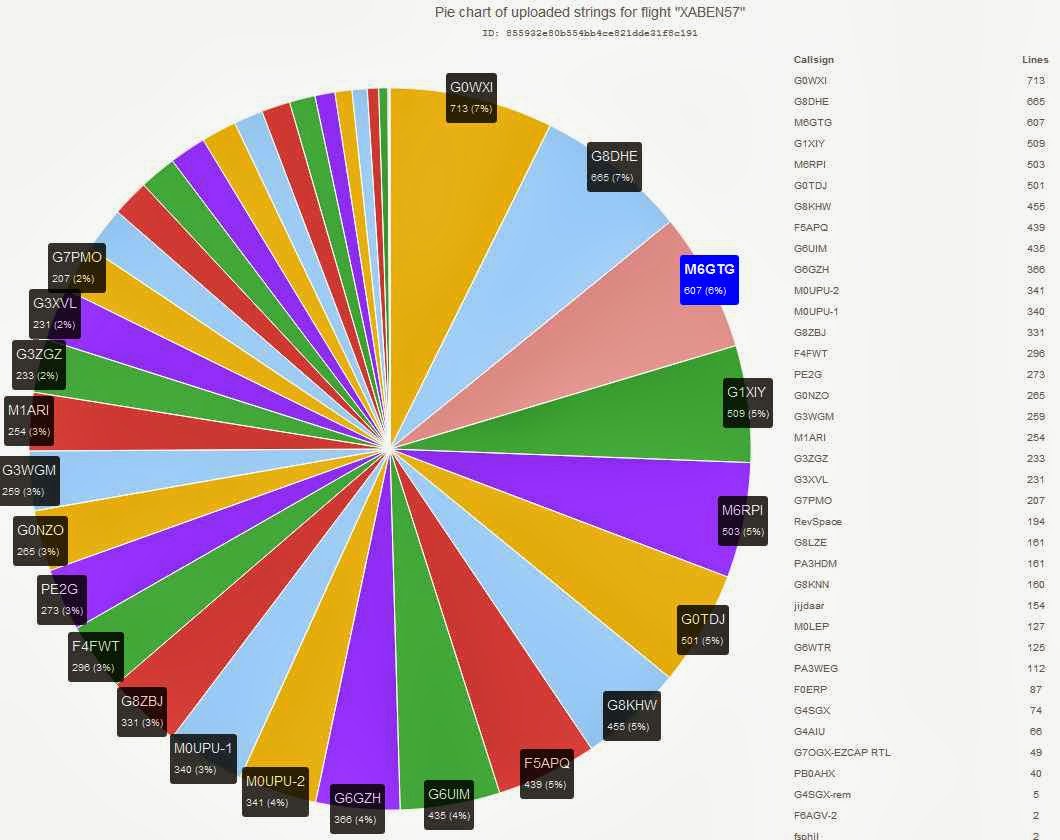