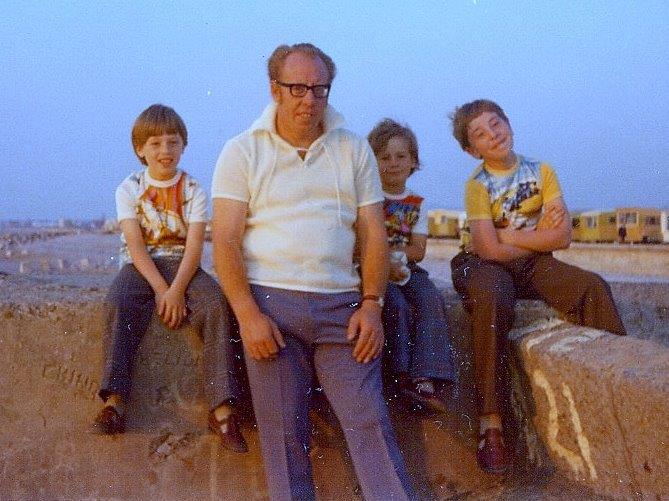 It doesn’t happen very often but someone took a picture of me looking happy! (I am the big guy on the left struggling to smile, my face muscles have obviously atrophied)

The six of us had just successfully completed and passed the Foundation Exam and Practical course held as part of the International UKHAB Conference 2013. Now am just waiting for the official notification in the post so I can go on-line to claim my M6 call sign.

Over the last six months I have become a keen tracker of High Altitude Balloons (HAB) released by a motley crew of enthusiasts. It is a multi-skilled fascinating hobby involving electronics, embedded system programming, radio as well as some Blue Peter art and craft skills to construct the payload.

I wish to become more actively involved so decided to attended the conference held this weekend at the University of Greenwich. After booking my ticket I learned the organisers were planning to hold an Amateur Radio Foundation Practical Course and Exam and so jumped at the chance as I could finally get my licence. My previous attempts having been scuppered by apathy, shyness and circumstance.

There was some interesting talks including a talk by James Coxon who took a look back at the early days of High Altitude Ballooning, John Graham-Cumming gave a humorous and painfully accurate talk on software debugging, one highlight being when the presentation froze on a picture of Don Johnson in his Miami Vice days (it was an Adobe pdf need I say more!)

Other talks included Matt Brezja on Forward Error Correction and how it could be implemented to improve tracking with low-power transmissions. Making the conference truly international were Ara Kourchians on Environmental Testing, Design, Analysis for HABs as well as Alain Verbrugge (F6AGV) who gave a talk mostly in French on ideas for controlling solar balloon flights, however it was fascinating and informative thanks to an impromptu volunteer translator from the audience as well as James Coxon and some other French speakers assisting.

The conference was filmed and streamed by the BATC and some of the talks can be viewed on their website and can be viewed here select the “HAB 2013” archive and then the desired presentation from the drop down menu.

Despite my almost chronic shyness I got to chat to quite a few people including Steve Smith G0TDJ who took the picture above and has given me permission to use it. I even went down the pub and had a quick pint before setting off back home.

The venue itself was very impressive, got to admire the historic buildings and the restored Cutty Sark walking to a from the train station. London transport was flawless including the impressive Docklands Light Railway (DLR) it was a brilliant if tiring day.

I would like to say a big thank you to Anthony Stirk (M0UPU) and James Coxon for organising the event and Philip Crump (M0DNY) and Mike for holding the practical course as well David Akerman (M6RPI) and Phil Heron for invigilating the exam, we even had a visit from the RSGB inspectors.