It is my long held intention to become a licensed radio amateur, but with limited spare time over the last few years I simply haven’t got around to it. I have the necessary technical knowledge but don’t have the practical experience. I have dabbled with PMR-446 transceivers but they don’t allow many ‘legal’ experimental opportunities.

So when my family asked me what I wanted for Christmas I said “You can buy me a CB Radio” and they did! 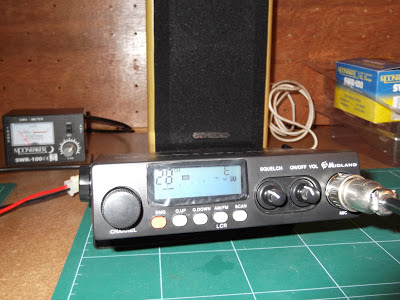 It is a Midland 78 Plus Multi it has the legal 40UK/40EU channels, plus it can be set to European and North American frequency bands.

It isn’t the first CB Radio I’ve used, back in the early 80s when I was at school I managed to blag the use of the a friends set up with a small magmount antenna on a biscuit tin joined in the new craze! My handle was Morroco Mole 😉 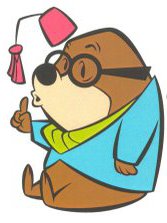 I am experimenting with the set up at the moment, powering it from a modified PC supply which is giving out a nice stable output a little over 12V. I have constructed an inverted-vee antenna out of some spare cable. It is currently in the middle of the back lawn, the central mast is only around four meters high and the elements are set approximately 45 degrees to the vertical. It has an ‘ugly’ air choke and using a £10 SWR meter I’ve tuned it and the worst ratio I get is a little over 1:1.5.

It all seems to work but at the moment I don’t seem to have anyone to talk to on either the UK or the EU/CEPT channels. I’ve heard the odd transmission on some channels but they have been from nearby Mansfield and Nottingham.

I have monitored CB frequencies before with my scanner with limited success and was hoping for better with a proper CB radio. It is still early days but I think I may need to rethink my antenna until I get around to getting my mast sorted. I might have to stick the inverted-vee in the loft.

I was tinkering on Sunday afternoon and I switched the radio over to AM just as some more “Superbowl” skip came in, they really are amazing to listen to!

Not feeling too well at the moment, have a suspected inner ear infection which is causing dizziness and nausea, so taking it easy today.

I switched on my scanner this morning and decided to peruse the CB channels, it is something I haven’t done very often as usually there is nothing to receive and is problematic since my scanners cannot exactly tune to the UK frequencies accurately.

What I did find were a lot of suspected ‘Eastern European’ transmissions on the CEPT/EU band in FM and AM mode. I also came across lots of activity on the “Super Bowl” Channel 6 (27.025 MHz AM). Apparently the popular channel for “skip shooters” using high powered amplifiers and indeed copied a few 1kW transatlantic transmissions. There were also a lot of SSB transmissions about but the PRO2006 scanner I have doesn’t have side band capabilities.

I have thought many times about getting hold of a cheap CB, or one of those popular 10m/11m amateur rigs just to get some practice in operating a transmitter before getting around to taking my foundation test. Especially as OFCOM have announced they intend to finally harmonise with the EU on the use of AM and SSB next year. http://www.southgatearc.org/news/october2012/ofcom_ecc_decision_on_am_ssb_cb_apparatus.htm

Ever since I was old enough to handle a screwdriver and a soldering iron I have had an interest in radio communications and electronics. I spent many a hour in my childhood scanning the Medium and Short Wave bands with various receivers (usually scavenged from family, neighbours or saved from the dump!) I constructed numerous long-wire and other bizarre antennas. I even did a presentation on my hobby for my English Language O-Level exam – I really did confirm my status as a weirdo!

I played with borrowed CB radios and would have loved to progressed into owning one or becoming a proper radio amateur but unfortunately I simply didn’t have the money.

Then the home computer revolution started and my Dragon32 and Tatung Einstein took up most of my time. I left school and went off to University and when I came back home and got a job I spent some of my money on a new fangled radio scanner, a Realistic PRO2022 from Tandy.

A scanner is a radio that covers a wide frequency range, they are controlled my microprocessors and allowing you to listen in to a huge range of different communications including air traffic control, hobbyists (Citizens Band, Amateur radio), security guards, taxi’s and a lot more. Back in the late 80s, and early 90s they also allowed access to the emergency services and the old analogue cellular phones! Connecting it up a computer and using some software you even decode pager messages!

Gradually all the ‘fun’ stuff disappeared, the mobile phones became digital, so did the emergency services. This along with other commitments, such as moving across the country to a new job, getting married and other demands on my time meant the scanner ended up collecting dust in the attic.

Several years ago I briefly dusted it off and brought a couple of other second hand scanners including a Realistic PRO2006 and a brand new Alinco-DJ3X. I also played around with some PMR446 systems, but sadly again they all ended up collecting dust.

Well once again they are out of the boxes and I am having a fun time scanning around for interesting signals, well if you can count listening to the radio microphone at a local church interesting!

I am thinking of buying a CB as it seems to have evolved from the bad old days into something more grown up. Even becoming a DX amateur type system using something called freebanding not legal mind, but then technically using a scanner isn’t!

I am even contemplating taking the Radio Amateur exams and actually achieving a childhood dream, well I do now have access to money and did do an electronics degree!

This time I hope it doesn’t all fizzle out and it is looking more promising as plans are a foot for me to have my own shack and I won’t be spending as much time on my other hobbies next year.