I have received many transmissions during day and night time passes from the International Space Station, mainly APRS and some ARISS school contacts both using the scanners and the FUNCube dongle.

However until yesterday I had never actually ‘seen it’ pass overhead, either due to a combination of weather or timing of the pass. The space station is huge and hence is one of the most visible man made objects in the sky when it reflects sunlight and will then appear in the sky like a moving star. 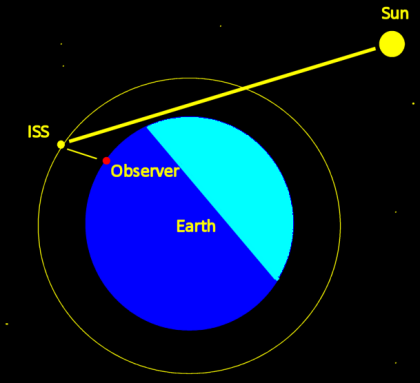 I have created a crude diagram to try to explain what is happening, it is not to scale by any means! The observer is in shadow. The space station which is in a higher orbit comes out of the shadow and is illuminated by the sun and the light is reflected back and can be seen by the observer.

There are many many websites and applications to predict when these visible passes occur, and at the moment in the UK some extremely bright almost overhead passes are occuring in the early morning around the time I normally get up.

So yesterday and this morning I have stood outside in my dressing gown and witnessed the very bright man-made ‘star’ as it majestically arced overhead.

I even tried unsuccessfully to video it this morning but just got a black screen with a bright white spot… but honestly this is the International Space Station! 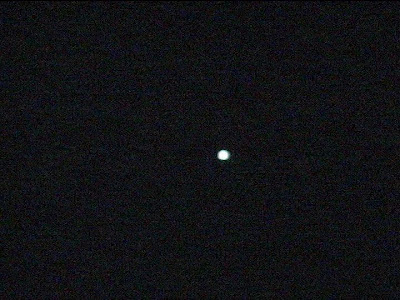 Given a decent pair of binoculars or a low power telescope you can see the structure and even with the naked eye it is obviously not a simple ‘circle’ of light.

The ISS is even larger at the moment as it has the ATV-3 resupply vehicle has just successfully docked with it and will stay attached for several months. 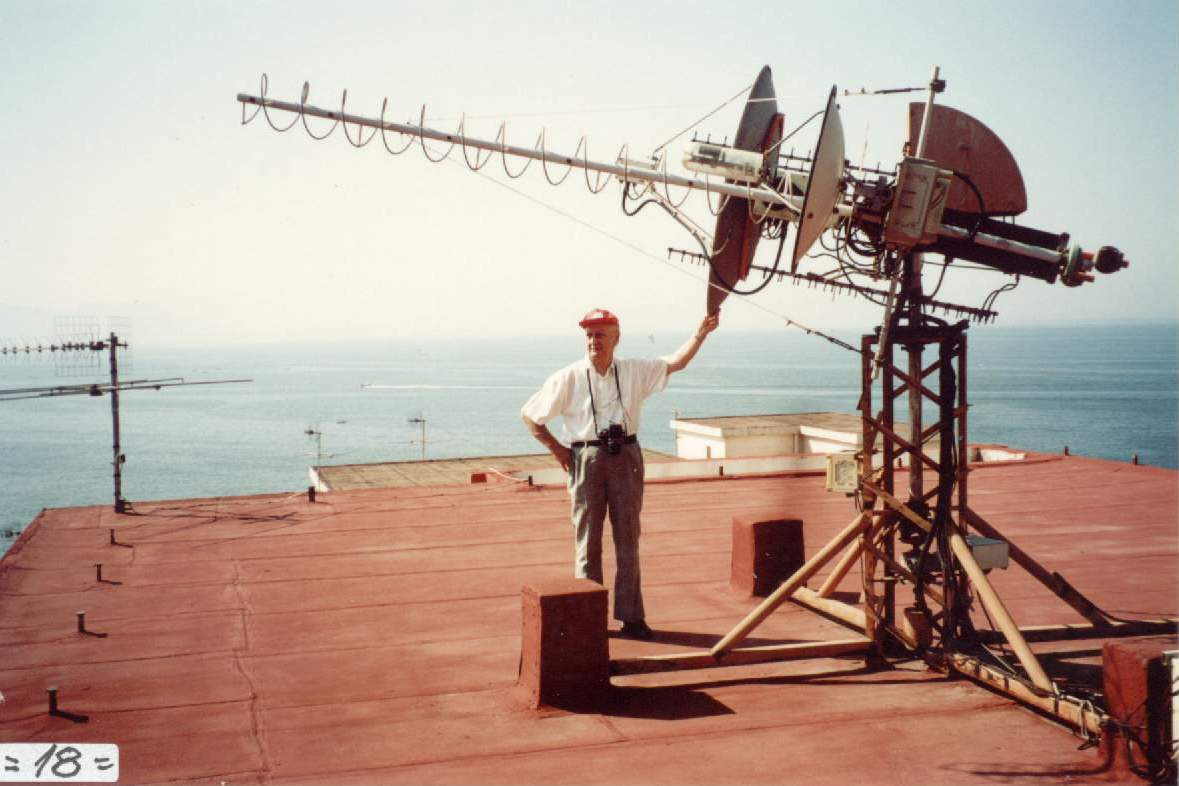