I had a pleasant surprise last week at the AGM/Prize giving evening of the South Kestevan Amateur Radio Society (SKARS) being awarded the Most Promising Newcomer!

I also had a small write up in Tim Kirby’s (G4VXE) VHF/UHF section of the February issue of Practical Wireless about my I-Cube1 reception which I have mentioned on here before.

I haven’t progressed very far with my Arduino projects. There has been a set back in the plans to build and use an Ultimate3 QRSS kit. I had incorrectly assumed as it was a kit being sold commercially that it would satisfy my foundation conditions. However I have been advised that Foundation license holders may use radio equipment constructed using commercially available kits which satisfy IR 2028 which is all a bit vague and woolly, but I don’t believe this particular kit does.

There is a simple solution, I will just have to take my intermediate assessment and exam at the first opportunity!

I have been doing a little WSPR spotting, getting some nice spots. 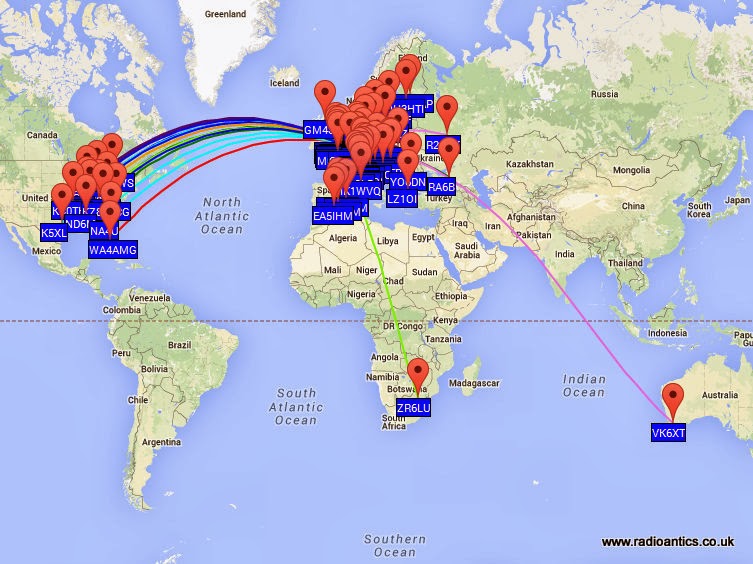 Over the Christmas/New Year period I have neglected the FUNCube-1(A073) satellite and was slipping down the telemetry upload rankings, sad I know!

Now I have got back the upstairs ‘shack’ I set up my original FUNCube Dongle on the laptop running the dashboard application continually to capture/decode the telemetry using the loft mounted discone. I took the opportunity to upgrade to the latest version 8.14 of the dashboard software, however something was amiss when checking the statistics I was only adding the odd frame here and there, sometimes not making a single decode during the high power daylight passes.

I switched back over to the newer FUNCube Dongle PRO+ running my main PC, which I had also updated to the version 8.14 dashboard and saw the same behaviour, rather than getting daylight decodes of 30+ frames I was just getting the odd 1 or 2.

My first thought it was an antenna or interference issue, but checking the SDR waterfall the signal is still very strong with little QRM. Suspecting a software issue introduced by the update I checked the FUNCube forum and found a thread which appeared to confirm my suspicions.

I have a number of discussions on twitter with various people including David Johnson (G4DPZ)  an AMSAT-UK Committee Member and one of the developers of the FUNcube ground segment. David kindly performed an analysis of one of the passes yesterday where I managed just 2 frames, and from the results it does appear to be an issue at this end, rather than issue with the spacecraft.

I have uninstalled v8.14 and put back on an earlier version of the dashboard (v8.09) and thanks to a windows update last night have also performed a full reboot!

There was a good pass this morning at 62 degrees maximum elevation (to the east), followed by a lower pass at 22 degrees elevation (to the west so not so good) and it seems things have improved managing 68 and 17 frames respectively. So could this be an issue with the latest dashboard?

If anyone has suffered similar performance fall-off, or indeed not suffered any issues then please add some feedback to the FUNCube forum.

My copy of Radcom arrived but didn’t have much time to read it.. 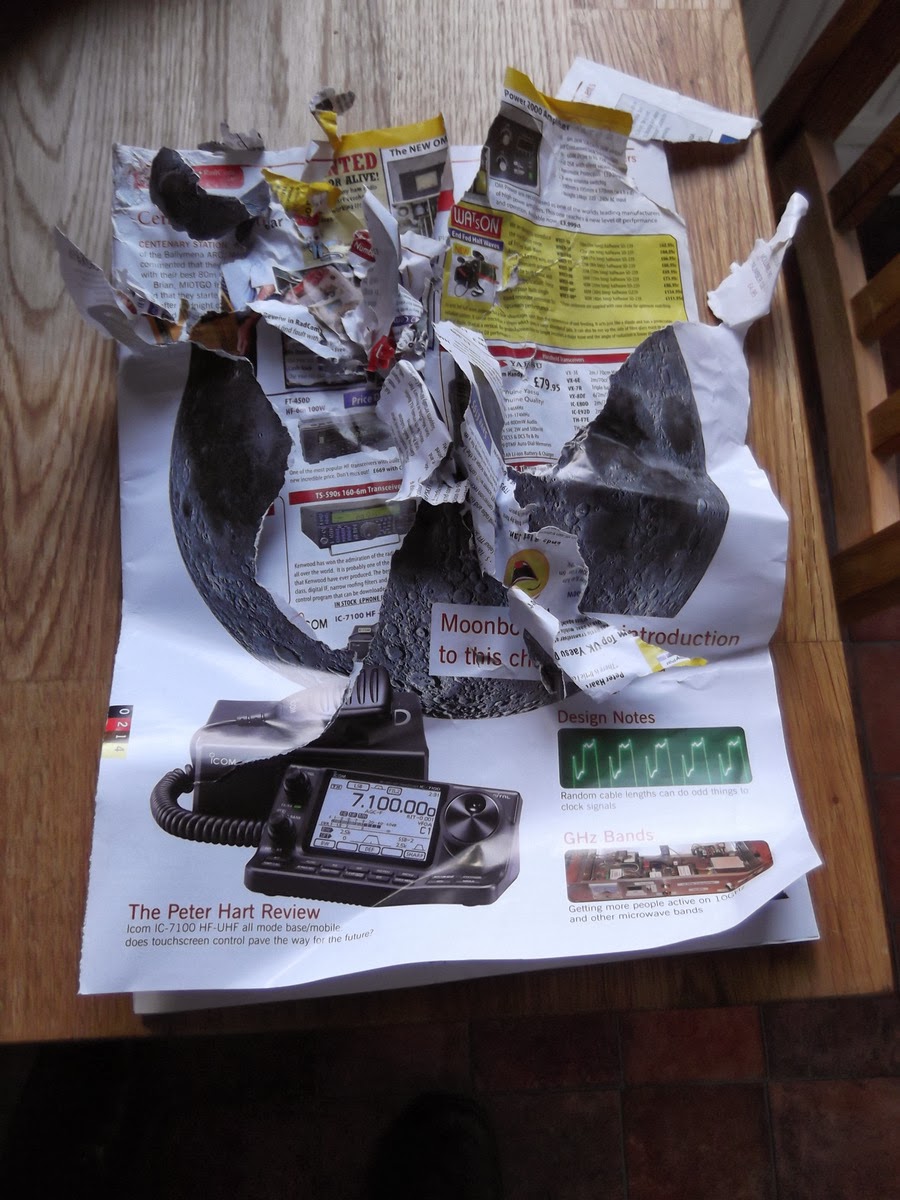