Back in 2011 my brother won a Innovantennas 4-element LFA at the National Hamfest, he couldn’t make us of it back then so I adopted it. I have used it for reception but until now not for transmission.

I should say my brother has took his foundation exam and has the callsign M6GTD, so am expecting him to ask for his antenna back at some stage! 😉

This evening is this months 144MHz UKAC contest and I spent yesterday evening getting the antenna set up properly so I could take part. Unfortunately the antenna was damaged just before Christmas and I have now replaced the boom insulators and straightened the bent director element.

It took a while to get the antenna VSWR down to a satisfactory level, not due to any fault but simply I had the adjustable sections of the active element loop too far out. They are now almost fully in, but at 144MHz the VSWR is a little over 1:1 and across the entire 144-146MHz the maximum is around 1.3:1 so I am hoping it preforms reasonably well, even with 10m of RG-58.

As suggested I have a ‘ugly’ rf-choke inline, which you can see on the photo. The antenna is clamped just under the vertical collinear, and hopefully this won’t affect its performance.

I can put the pole up to around 5m, but the top section isn’t that substantial and has a reasonable loading with the yagi and the collinear on it, but the pole it is securely guyed so for temporary use should be okay. Well that is what I thought till I saw the weather forecast 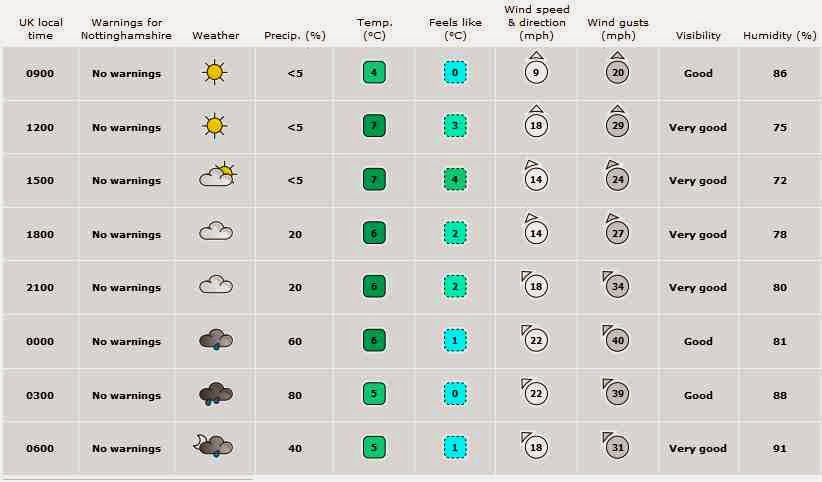 The only saving grace is that I will be manually rotating the antenna I will be out checking on it regularly during the contest!

Best of luck everyone taking part…

Listening to the scanner this morning I heard the distinctive APT ‘chiming’ sound as one of the NOAA polar orbiting weather satellites was making a pass. It has been a while since I have done any APT decoding, so decided to capture some of the passes of NOAA-18 and NOAA-19 this afternoon.

The first two passes of both satellites were North to South around 20-30 degrees elevation, this image was the best of the them, the UK is in the upper left.

The following passes were much higher, almost overhead, there was some interference on this NOAA-18 pass due to pagers and I got disorientated whilst hand holding 2-meter YAGI, hence the lost of signal near the top of the image.

However the NOAA-19 pass before it was much better. What is noticable is the bands of darkening, caused by nearby buildings and some large trees shielding the satellite from my the line of sight position.

All images were decoded realtime using the SDR-Radio program, received by the FUNCube Dongle connected to the InnovAntennas Yagi.

There were a couple of reasonable passes of the ARISSat-1 satellite predicted this afternoon so I decided to try out the nice new InnovAntennas 4 element 144MHz LFA Yagi which my brother won in the prize draw at this years National Hamfest.

Well this is how it arrived, a big cardboard tube that has been sitting in my workshop since October. 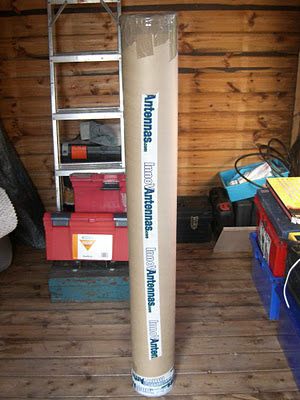 Taking everything out the box, lots of metal work, but no instructions! 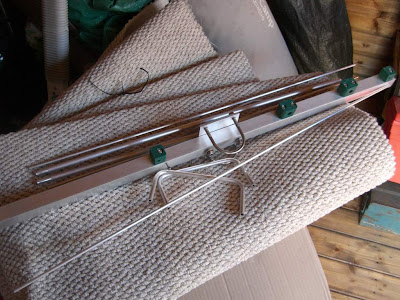 It was fairly logical to put together, but wasn’t absolutely sure how the folded dipole element went together and the u-shaped end pieces slotted in with no apparent fixings to hold them in place (I assume they are missing along with the instructions) There was also a piece that fitted under the antenna. I am no expert on antenna design so checked the InnovAntenna website but it was no help, lots of graphs and radiation patterns but and not one images of the actual antenna to look at! Looking at a small picture on the Waters and Stanton blog I made a guess as to how it should be put together. 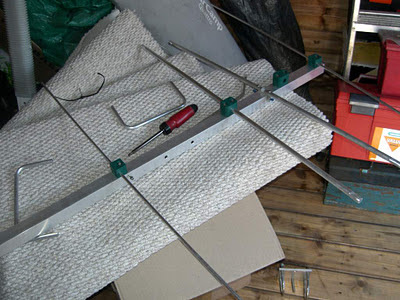 I connected up a bit of coax, and screwed it a short wooden post I had. The end pieces of the folded dipole slipped in and seemed to be fairly secure but probably not brilliant electrically, so will need to secure them properly if I ever use this in anger. 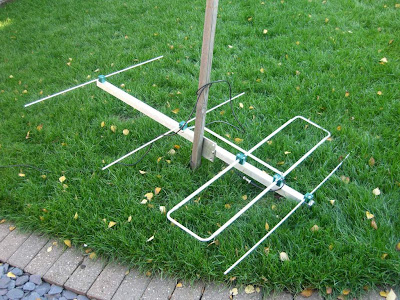 It is lightweight and easy to move about, so I was ready to get going 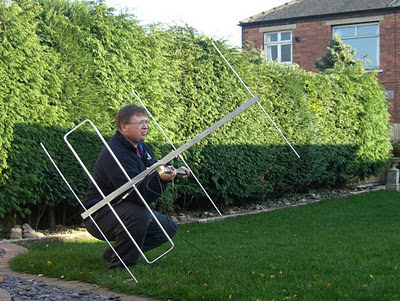 The satellite passes are from west to east and to the south of my location. So would have to do this at the end of the garden to minimise obstuctions from houses and trees. I would be well away from my normal computer and scanner in the spare bedroom! I decided to use my Realistic PRO-26 hand-held scanner, which is a good performer and has a relatively clean unprocessed audio output (can decode pagers and ascars quite well with it)

I used an old Pentium III laptop running Windows 2000 to capture the audio. I didn’t attempt any decoding of the SSTV directly just captured the wav files so I could edit and process them later. The laptop has dead batteries but could be powered from the summerhouse mains and so with a few extension cables I could have a relatively clear view of the sky and have access to the scanner to adjust levels and could monitor the audio from the laptop! 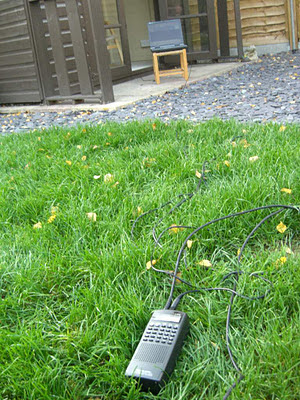 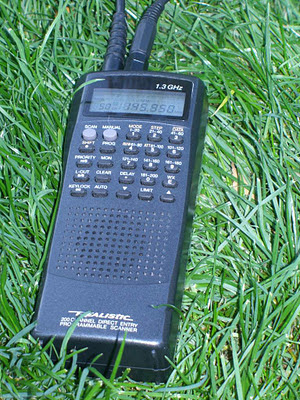 I experimented with the first pass, at around 13:30 UTC and got a decent signal eventually, but it took a bit of trial and error as the polarisation seems to change during the pass. For the second at 15:14 UTC I set up the camera to record my efforts! The audio in the video is just being picked up by the microphone on the camera so has a lot of background noise, but as you can hear it was at times a fairly strong signal! I had my usual unattended setup going in the spare bedroom and got nothing on either pass!

Here are the images decoded from the audio.. slight sync problems which I suspect is the underpowered laptop – I did have it capturing at 44.8KHz, 32 bit resolution, which was probably an overkill in hindsight!

But on the whole it was a fun way to spend the afternoon with some nice results.