Yesterday I gave my talk and demonstration at the Grantham Amateur Radio Club on High Altitude Ballooning and tracking.

It was very well attended with a large number of GARC members turning out. It was a case of everyone going in at the same time once the venues key holder turned up and I initially got a little stressed as I hurriedly tried to get everything set up while everyone sat patiently waiting.

The first issue I had was the projector seemed to be limited to just 800×600 pixels, which was fine for the PowerPoint presentation but for demonstrating reception using a RTL-SDR with SDRSharp and decoding using DL-FLDIGI and the UKHAS Habitat tracking system spacenear.us/tracker the lack of screen space was a problem, DL-FLDIGI couldn’t be shrunk down to fit, so there was a lot of scrolling about!

The second issue was the venues wi-fi connection, my laptop stubbornly refused to connect to it (I wished I’d taken a ThinkPad laptop I have instead of the one I did as it has a better wi-fi adapter) so was forced to use my mobile phone as a tethered hotspot – while it worked the connection was painfully slow.

Despite these issues I was able to give the presentation about the HAB community and the technology. It contains a lot of information to digest but there is some light relief with its videos of Felix Baumgartner, Dave Akerman’s Babbage Teddy Bear free fall and wacky chef Heston Blumenthal’s ‘Spud-in-space’ feature from his recent television program.

I demonstrated Project Hab‘s VAYU-NTX tracker and thanks again to Steve Smith  (G0TDJ) for its loan. 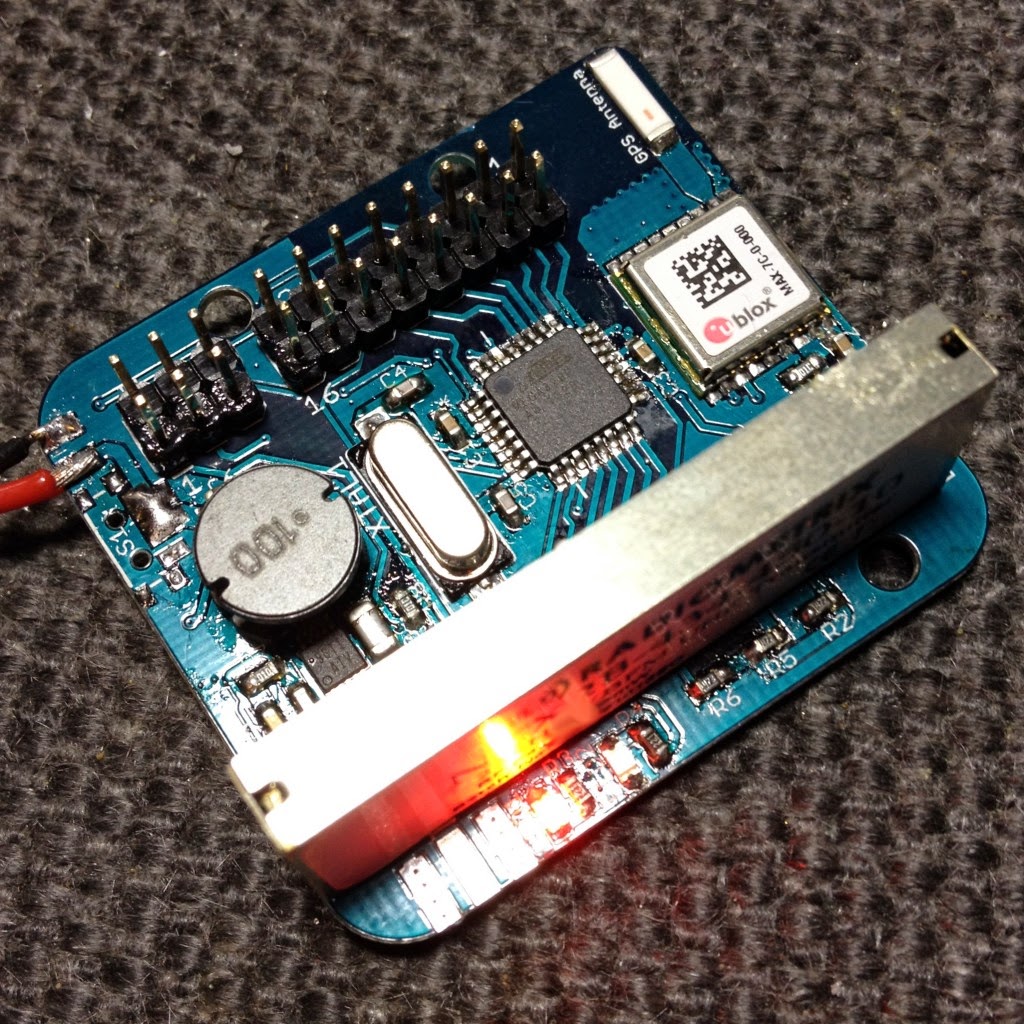 I ran my own prototype tracker (NERDTEST) which I had updated to simulate a local flight, the transmission, reception, decoding and uploading to the UKHAS Habitat system was completely genuine, both using SDR and a traditional radio (Alinco DX-10) hooked up to the sound card. The only thing fictitious were the GPS coordinates and altitude.  (A programming error in the first version of this simulator had the balloon travelling at near 10km/s, thankfully I had corrected it to something more realistic)

The poor internet connection cause issues with spacenear.us/tracker but was able to use Phil Crump’s (M0DNY) version at at habmap.philcrump.co.uk to demonstrate the real time map tracking.

Checking the spacenear.us map this morning and the receiver station at the club house and the demo flight could still be seen – it was programmed to take off from a nearby high point! 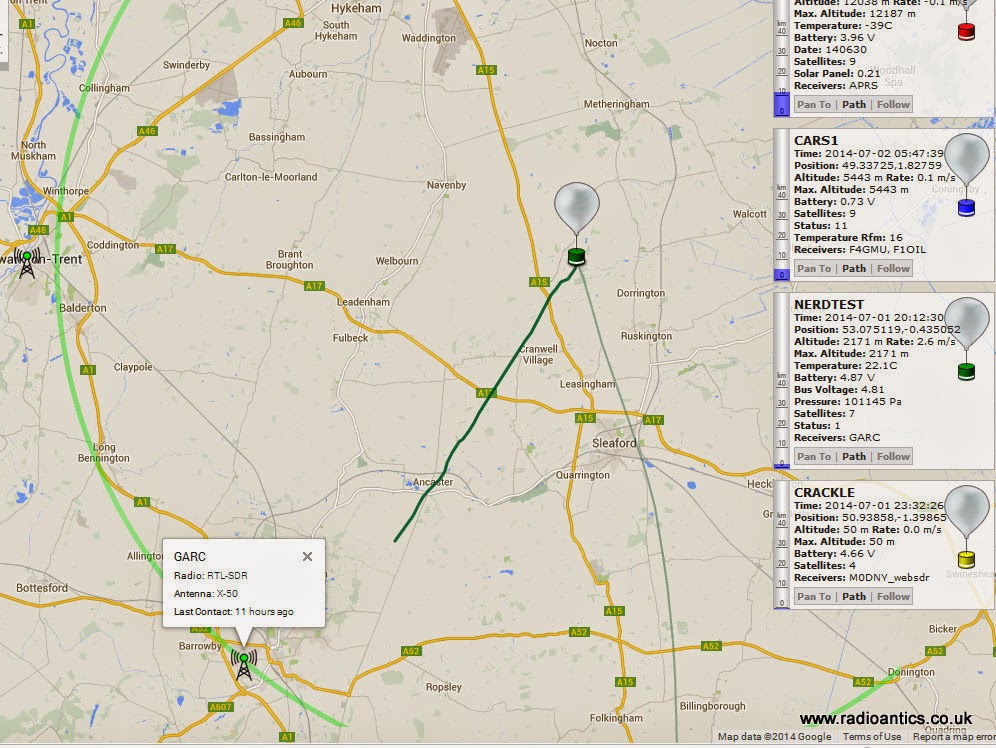 By lucky coincidence Chris Stubbs (M6EDF) had launched a balloon CARS-1 from the Chelmsford Amateur Radio Society meeting at Oaklands Museum where he was giving a talk and demonstration at the same time as my talk, so I was able to show how multiple receiver stations were tracking a real flight.

I thought I had overloaded the attendees with too much information, lots of references to Arduino, Raspberry PIs, SDR, dongles, GPS could be quite daunting to the uninitiated but again feedback has been very positive. Grantham Amateur Radio Club on Facebook

Now I just to sort out doing a proper flight!