This weekend I have managed to get the FreeDV program working successfully and made a couple of QSOs on HF.

FreeDV has received a fair degree of publicity recently and is a GUI application for Windows, Linux and MacOS (other platforms are in development) that allows any single side band radio to be used for low bit rate digital voice communication.

I was primarily interested in it for possible use on VHF. It is hoped that the recently introduced 146-147MHz allocation available in the UK to full licence holders (via a Notice of Variation) will be used for digital mode experimentation. I have been constructing a data mode interface for use on the old TR9000 since it can operate on these frequencies but I decided to try the FT857D on HF to get an understanding of the program. 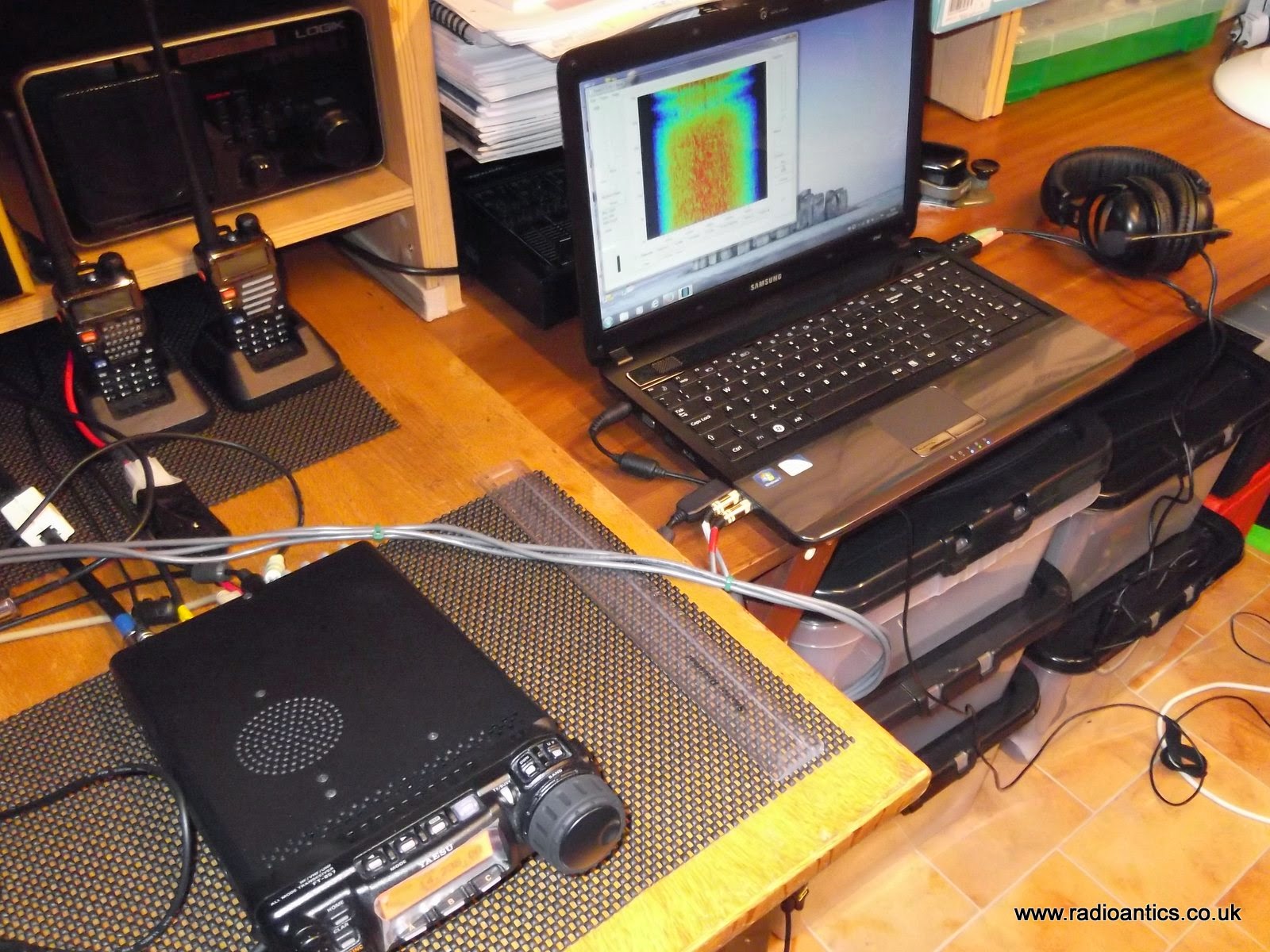 With FreeDV speech is compressed down to 1600 bit/s then modulated onto a 1.25 kHz wide 16QPSK signal which is sent to the mic input of a SSB radio. On receive, the signal is received by the SSB radio, then demodulated and decoded by FreeDV. The appeal being communications should be readable down to 2 dB S/N, and long-distance contacts should be possible using QRP power.

There is a lot of information. videos and guides available on the FreeDV website but the basics are straightforward. The computer requires two sound cards to handle the audio to and from the radio and the speaker/headphones and microphone. One method is to use a USB ‘gamer’ headset but since I already had a spare PC headset with 3.5mm plugs I opted for a cheap plug in USB soundcard (as detailed below) 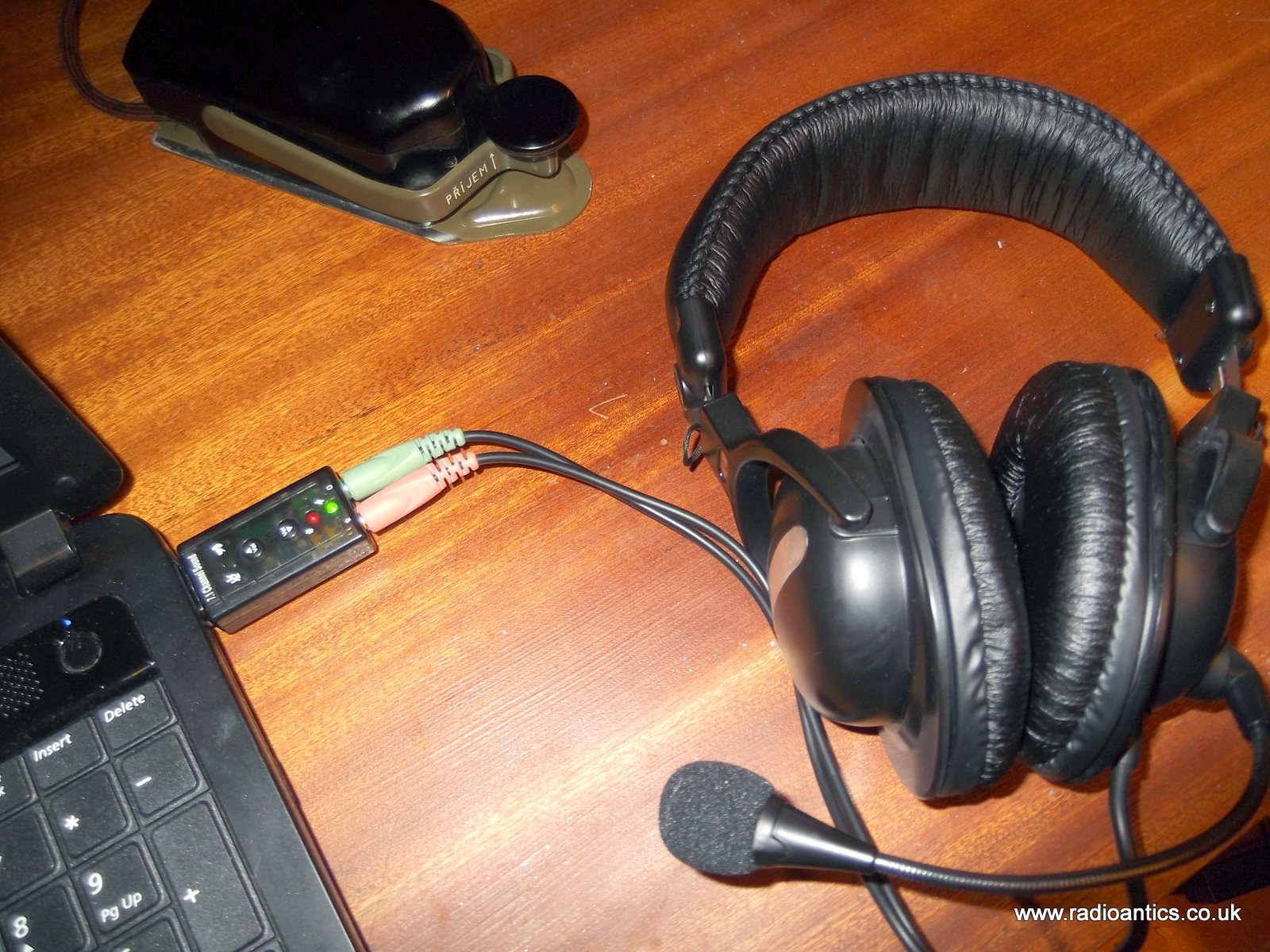 Once the audio devices and PTT control are installed and configured within FreeDV it is a matter of monitoring a frequency (in USB) and hopefully you can send and receive.

So far I have only managed two QSOs with Trygve (LA6UOA) and Fabrice (F4FPG) on 14.236MHz with both the audio was clearly understandable but did suffer from the odd breakup and stutter. This was probably due to the laptop being used rather than an issue with the signal as the FreeDV needs a reasonably powerful machine with a decent amount of memory.

The software is very picky, several times the audio device settings have been forgotten or it has come up with a cryptic error message:

This is a known issue with the Windows version and the solution is to manually remove all of the FreeDV settings from the registry. The full details of how to edit the registry are in the GOTCHA section of the FreeDV site. Editing the registry is not recommended to the inexperienced person so is not a great solution and when starting the program backup after this fix requires reconfiguration of callsign, sound card and PTT settings again.

Despite this setback it is an excellent and exciting new mode. Both Trygve (LA6UOA) and myself were first timers when we had our QSO and we were like excited school children once we were able to converse successfully. Fabrice (F4FPG) was an old hand at it and I thank him for allowing me to briefly interrupt a QSO he was having with another UK operator who I could not hear.

I would recommend using K7VE’s QSO Finder website http://qso.k7ve.org/ to see who is monitoring and on what frequency as well as passing hints in real time.