I received a FUNcube Dongle for Christmas but being away from the ‘shack’ over the holiday and now back in work I have had little time to do anything with it. I did manage a hour of so last night and updated the firmware and had a little scan around the spectrum using SDR-Radio to receive a few signals.

It is certainly a voyage into the unknown, the FCD came in a simple plastic box with a single sheet of A4 which simply told you to go to www.funcubedongle.com but I found the site it a bit of a mess to be honest. Did get some guides from there but most information seems to be on the Yahoo group http://uk.groups.yahoo.com/group/funcube/

What became obvious last night was I really miss my dual-monitor set up. There were lots of documents, websites and applications that I had open and navigation was a pain on a single 17″ LCD….  must replace the dead screen asap.

Seems I might have written off ARISSat-1 earlier this month.. might just might get a chance to grab some some signals before it enters the atmosphere http://forums.qrz.com/showthread.php?325959-Good-signals-from-ARISSat-1 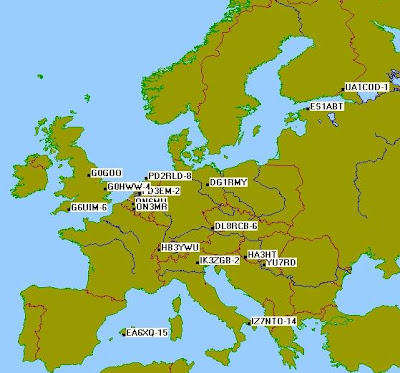 Did manage to get the yagi out last night for the ISS pass at around 19:20 GMT. Opted for the Realistic PRO-26 receiver as I’d forgot to put the DJ-X10 on charge. Managed to capture a decent audio file of the ARPS transmissions that lasted just over 10 minutes long. Processed it later with Multipsk.

As you can see from the map above, did manage decode a reasonable number of APRS transmissions. Had a couple of faint transmissions as the ISS came from the west over the Atlantic but the activity didn’t really start till it was in range of mainland Europe.

I know Santa is bringing me a Funcube Dongle, so lots more experiments in the New Year!

This week with the launch of the Russian Soyuz TMA-03M spacecraft to the International Space Station it occured to me that I have never seen it pass overhead or indeed made any effort to hear any transmissions from it. So off I went to the n2yo.com website to check the pass predictions for the week and was pleasantly surprised to discover that over the Christmas period there are a number of good evening passes (the potenitally visible ones are also listed on the Guardian website)

There are a multitude of  frequencies to potentially listen to, some of the operational ones could be quite interesting over the next few days, but at first I was interested in some of the ARISS frequencies.

On Tuesday (20th Dec) evening I popped outside with the 2Meter YAGI, Alinco DJ-X10  and my new found Satellite-AR Android App I did manage to see a faint moving point of light briefly as it came up over the horizon, but quickly lost it due to cloud cover and I think it passed into the Earth’s shadow.

I was able to carry on tracking it using the Satellite-AR and picked up some very strong data bursts on 145.825MHz this is the APRS/Packet digirepeater. More details on the ARISS website. APRS in simple terms allows ham operators send a coded data message usually containing their GPS location, call sign and other information. This is received by the digirepeaters and rebroadcast, in the case of the ISS the digirepeater is moving around the earth at nearly 5 miles/second.

Some of the data as it appeared in text form on the screen showing the coordinates, call signs and comments.

Some more good passes this evening that I might get a chance to capture with YAGI and weather permitting might get to see the point of light as it crosses the sky! 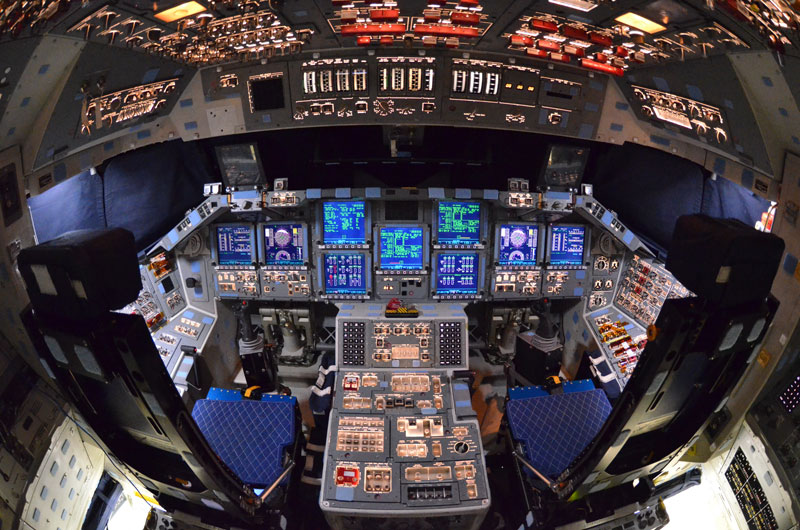 From OSCAR 1 to Mars and beyond
Amateur Space Exploration — The last 50 years, now, and the future

Radio amateurs have been building and operating satellites for almost fifty years now, and we are aiming for more. In this talk, I’ll present who AMSAT is, what we have achieved in the last fifty years, and what we are working on now.

Back in the 1960’s, radio amateurs seized the opportunity of launching a satellite into space. It would not be the only one; we are approaching OSCAR 70 now. Building satellites has always been challenging and involves using technology in creative ways. I’ll cover some of the more fascinating cases, including some lessons learned during the process. In addition to the satellites in earth orbit, we are also aiming for Mars, and I’ll show what are doing to get there.

ARISSat-1 the satellite that has given me some pleasure over the last few months is approaching it’s fiery death, it looks like it might make it to the New Year just. http://www.southgatearc.org/news/december2011/arissat1_decay_date.htm

It is a real pity that at the moment the orbit mean I have no chance of capturing anything from it before it’s demise. All the passes over the UK are when in shadow and due to the battery failure it is silent.

Thanks ARISSat-1 you have been fun. 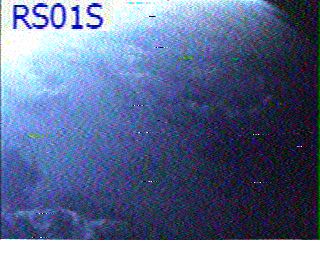 In my quest to get better reception of the Russian navigation satellites I have installed the Satellite AR application on my Orange San Francisco Android phone. Up to now I have used a simple compass and a pass prediction to work out where the satellite will appear and how I think it will travel across the sky. Then after having acquired the signal fettling the antenna to get the best signal. While it has given me good results I wasn’t convinced I was getting the best signal I could.

The serious method of doing satellite tracking is to use a motorised azimuth antenna rotor connected to a PC running some prediction software. The commercial solutions are hideous expensive and while there are plenty of home-brew solutions available it would still mean a lot of expense in terms of time and money, so I looked for an alternative method.

Then I discovered this brilliant Android app! I used it for the first time late last Sunday evening when it was dark and was suitably impressed, so had a proper attempt in the fading daylight today and was able to take a few photos.

The AR stands for augmented reality and what you get is a view of the sky through the phones camera and overlaid are the positions of any satellites in view. The application uses the phones GPS, compass and accelerometers  to work out where the camera is pointing, so you get to see the satellite as if it were visible in the sky. It is really quite spooky!.

I selected the Russian LEO Satellites option for a pass this afternoon and using a couple of elastic bands to lash the phone on to the antenna post I could then point the antenna directly at where the satellite was supposed to be. The satellite today being COSMOS 2429 on 150.030MHz. The main thing I seem to have been doing wrong was while I had the antenna point in the correct bearing I had the elevation far too low. I needed to be pointing it much higher up in the sky. 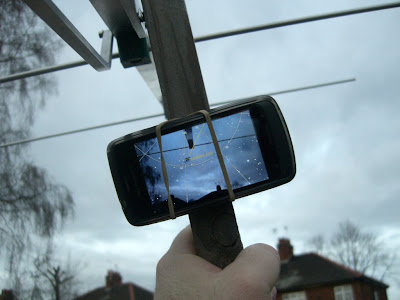 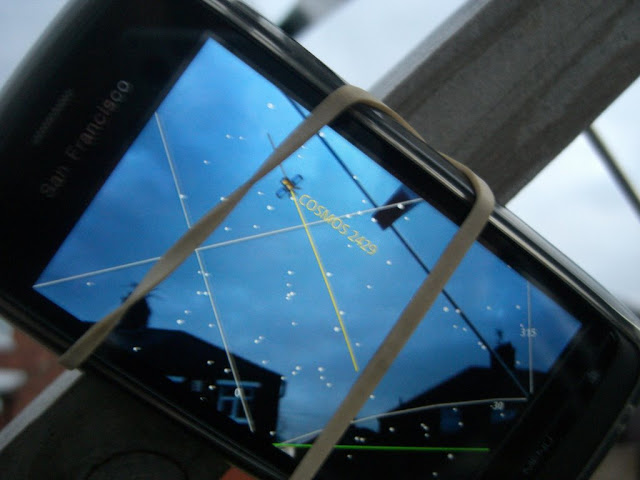 I was able to got some excellent audio, with the signal still booming in when it had disappeared off the display. I have enclosed a small extract below, note some of the signal fading is because I was trying to take the photos while holding the antenna in my other arm… it gets quite heavy!

I brought my phone back in January for the pricey sum of £80. While not the most powerful Android around, only having version 2.1 of the operating system and is prone to crashes and resets it is probably one of the best purchases I have ever made, it is even better now I can use it to chase down signals!