Matthew used to work at the same company has me but left before Christmas to pursue his other interests. One of which is a website full of useful information for anyone getting to grips with windows.

It is a interesting site full of information, instructional videos on how to drive windows and advice about solutions for security, anti-virus and firewalls.

Well I unwrapped this present for the last time today (Cartoon from toothpastefordinner.com)

Over 10 years I have worked at this particular company and today I went home early for the last time. It is a pity there is bitterness on both sides as the “professional relationship” broke down. I know no-one likes their job, but I honestly used to and unfortunately didn’t anymore.

The plan is to reboot, clear my mind of all the garbage it has put up with recently and then decide what I want out life.

All I can say to those still left in purgatory is I wish you the best and hopefully some get what they deserve. Thanks for the bottle of whiskey and the card. 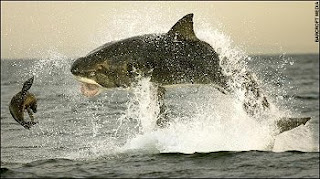 The Telegraph website is showing some amazing pictures capturing the splendour and horror of a great white shark weighing two tons leaping 10ft from the water as it closes inevitably on its victim in this case a loveable seal.

In my previous post I took a little pot shot at Kris Athi who it was reported on the BBC website was suffering a problem with MySpace.

Kris left a good natured comment and explained that he was running his own email server so there was no way that a spam filter was responsible.

So I would like to apologise for questioning Kris’ abilities and wish him well this year and hope he graduates with flying colours and gets that job at Nasa he wants! 🙂

I had to smile when I read this article on the BBC news website. It seems a computer science student was having a little trouble with MySpace

Kris Athi wrote to the BBC after trying since early December to delete his MySpace account. “As I am graduating in the summer,” he explained, “I decided to it was time to grow up and remove any job-threatening information from the internet.”

His profile does not look that job-threatening – just the normal collection of mildly embarrassing photos and obscure messages from fellow students. It does reveal that Kris is studying computer science and wants to develop video games or be an astronaut “when I grow up”.

Kris explained that he had performed the “cancel account” procedure, and confirmed time and again that he did want to delete his account. But to complete the process you then need to reply to a confirmation e-mail from MySpace. That e-mail has never arrived.

“I tried to receive this e-mail about fifty times over three weeks,” Kris said. “As I am studying computer science I like to think I am quite “tech savvy” and understand where to look for such an e-mail should it be sent.

Well it appears that poor old Kris isn’t as “tech savvy” as he would like to think. Firstly it sounds like the confirmation email was being caught by a spam filter, either his ISP or his email provider and besides as MySpace point out you can make your page private so no-one can see it anyway. In Kris’ defense he does claim on his blog to have checked his junk mail, so it does appear to be his ISP at fault.

In a statement MySpace told us, “Kris had no need to cancel his account, he could simply have set his profile to private so no one would have been able to view it without his approval.”

The company went on to explain why Kris may have found it difficult to get hold of the cancellation e-mail. “In some cases e-mails confirming cancellation will be sent to “junk mail” by e-mail providers. E-mails from MySpace can sometimes be blocked entirely because the ISPs block e-mails based on volume.”

But Kris is not impressed: “I think removing your personal information from a site should be less of a pain and performed much more quickly.”

Out of interest I tried to delete my MySpace account and what do you know, about three clicks and I received the email message asking for confirmation!

I am sure Kris would have been complaining had someone managed to delete his account because they didn’t have to confirm their identity. A lot of websites won’t delete or allow changes to information without using email as an identity confirmation that is why most stress the importance of making sure spam filters and blockers aren’t blocking such emails.

Oh and for good measure the BBC then throw in the old scare story about you leaving information scattered all over the information super highway.

We asked a private detective Richard Martinez to have a quick scour of the internet to see what traces Kris had left behind. There was nothing particularly damaging but enough to provide a potential employer – or a fraudster – with lots of information.

What is the betting Mr Martinez just entered Kris Athi in a google search
and stumbled across his website http://www.krisathi.co.uk/ including his CV his blog http://www.klog.co.uk/ and numerous other posts on various websites he has made.

See him demonstrate his 3l33t skills on this BBC Video

Oh and perhaps they shouldn’t have taken a screen shot.

Since when has University Challenge had specialised subjects? Don’t you mean Mastermind?

Update If it was so difficult to delete your MySpace account then the forthcoming “International Delete Your Myspace Account Day” on January 30th would be a bit of a failure.

I felt cheerful this morning but as the day continues ennui is beginning to gnaw at me.

I found the cartoon at Paul Kingsnorth’s website via a google image search.

Well the computer has fired up and seems to be working. While it was fixing itself last night I had a bit of a clean up in computer room. I discovered some shoeboxes hidden away that are full of junk! I have a load more boxes in the loft that I know are full of similar obsolete items. 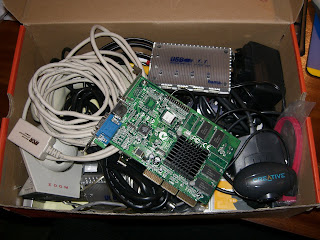 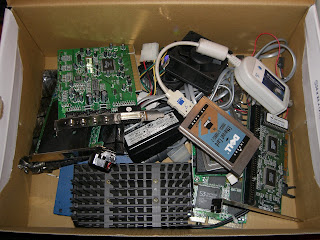 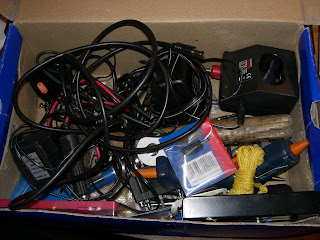 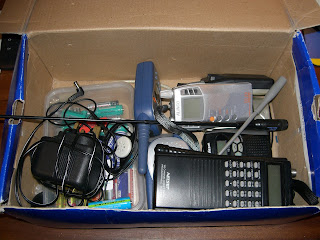 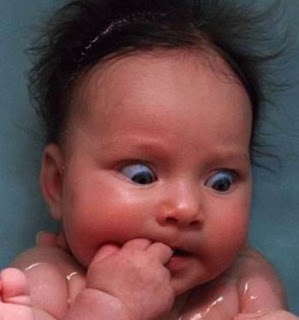 Just had my usual half an hour of browsing on my standby PC and I switched the KVM back to the suspect machine to check progress and it was saying 55%… wtf! Mind you the drive light was flickering frantically and it started to count up, currently at 72%!

Not sure my nerves can take it anymore, probably finish and find it has decided to format the drive!

HOLD THE PRESS – as I was compiling this post the machine has finished checking the disk, as I suspected it has found and fixed some errors and is in the process of rebooting as I type. Things are looking promising as it just got past the login screen!

Here we go again, my main PC which is a Dell despite having a decent processor, motherboard, harddrives, graphics cards etc has a habit of being really slow and unreliable sometimes, yes I know “what do I expect buying that pile of crap”.

Enter the password at the log-in screen and it just sits there and after about 5 minutes a Blue Screen Of Death informs me that something critical has just nuked itself and it’s shutting down to protect me! (Stop error 0x000000F4 if your wondering)

Well it appears to be a software problem and/or a corrupted file so I am currently running “chkdsk /r” from the recovery console. The only problem is now it’s been sitting at 54% done for about an hour! but the harddrive light is blinking away so I assume it’s still running, best get the coffee on it’s going to be a long night!

Well this photo of a BSOD amused me as it reminds me that I am probably leaving this industry at the right time!